Iconography has singlehandedly revolutionised the way we present, understand and interpret mathematics. The true role of an icon is using a symbol to represent an idea in shorthand. Utilising universal symbols to represent the same idea has connected the world in an unparalleled way. The modern world finds equality here, using mathematical notation as a sort of ‘lingua franca’ in which the native tongue of the person is nearly irrelevant to the ability to communicate, although this comparison may be misleading. Having this as one of the few true connections people from opposing circumstances can relate proves the beauty and phenomenon that is the script of maths.

When discussing a topic such as this, it is sensible to start with the icons we use to represent the concepts of each numeral. For the majority of the world, this is the Hindu-Arabic numeral system. The use of this system was one of the first instances of people representing their numerals with specific symbols that could be manipulated for different purposes.

The advantage of having these repetitive easily replicable icons for each of the base 10 integers allowed for more complicated application of the numbers, such as in algebra. When the symbol system made its way through the Roman Empire, it had to compete with the likes of the Roman numeral system. This system proved largely inefficient in comparison to the Hindu-Arabic option[1]. Although the Romans did use different icons to represent numbers, using the same ones to represent differing base 10 numbers proved more challenging to manipulate in more complicated situations. Simple addition and subtraction was a breeze. This basic process was widely used. However, as the Western world started growing more and more advanced with its infrastructure projects, understandings of geometry and economic diversification, being able to add some numbers together wasn’t enough. Since the Hindu-Arabic number system was able to deal with these issues in a more efficient way, it grew in popularity to what it is today. The inherent utility of having these icons is inarguable. In particular, being able to conceptualise complex and mind-boggling ideas with a single stroke of a pen allows one to use the information represented by this curve in applied ways instead of using time trying to demonstrate the complexity of the phenomenon.

The popularity this system has seen has arguably made it one of the most widespread communication systems in the world. However, while it may appear as a sort of universal language, it is important to make a distinction between the idea of a language that uses iconography and a number system which uses this. A language with icons is often one that depicts sounds, words or concepts through its symbols. However, a number system exclusively acts as a more simple representation of an abstract idea. The concept of the number two is one that most are familiar with. However, being able to read a curvy line versus understanding how the number is related to the numbers on either of side of it, how it creates the concept of even numbers and the way it acts as a primary breakaway from singularity cannot be expressed through this simple symbol. So, although one may consider this system as a universal language, it is crucial to note that it isn’t entirely so.

An icon to represent a lack of existence. Something to represent nothing. The number, as we now know it, has come to change our methods of mathematics. Before the West was exposed to this numerical system, there wasn’t a commonly used method of representing this concept. Having an icon act as a symbol to display a lack of anything allows further development in various fields while also maintaining order and stability in using the Hindu-Arabic numeral system in pure mathematics. One of the ways these notions are displayed is the columnar method of separating the ones, tens, hundreds, etc. in a number. Before the proper development of this numeral system, a zero was viewed more akin to a decimal place than a number. However, once people used the oval as a placeholder between columns in order to show a lack of a ‘ten’ or a ‘one’ it grew to gain its base level understanding as a number[2]. This shift is representative of our understanding of an icon. Since an icon is meant to be a symbol of a complex concept so it can be applicable, having an icon which has multiple different interpretations displays its versatility. It can be used in so many applications as well as be impossible to use in others since it retains this duality as a phenomenon and a value. Even though the concept of nothingness is relatively simple to comprehend, zero’s complexity can only really be simplified in its symbol. It is truly an icon that attempts to conceptualises the intangible.

The next logical extension from the way numbers are written and what we do with those numbers is algebra. Algebra is a clear proprietor of iconography here, as the whole topic is about using some symbols to represent other symbols. In this way, one could consider algebra to be an example of a ‘double icon’. Aside from algebra being an essential tool to the current understanding and teaching of mathematics today, its existence as the ideal way to solve problems makes it applicable to many different situations. Having it be so applicable may actually change the way people think. According to a 2004 study published to the Proceedings of the National Academy of Sciences of the United States of America, when children learn algebra, they are using the same regions of their brains as adults. In contrast, children who practice algebra would often gain a notable decrease in a parietal section of the brain that is storing an image of the equation[3]. This information suggests that the brain’s response to practice of symbol manipulation can change the way the brain behaves. This diversion from storing the information as an image in one’s head to understanding the concepts shown has been made achievable through iconography in mathematics. This is important as thinking in an algebraic manner is quite essential to being able to manipulate and move around mathematical information in order to write it in the correct form or to prove a certain point.

To conclude, when one hears the word ‘icon’ they may envision a logo, a celebrity or even an application on their phones. But, when one makes the connection between the idea of an icon and mathematics, a world of deeper knowledge and insight becomes discoverable. Throughout this essay, the importance of icons within mathematics has been made apparent. However, it is also crucial to understand mathematics itself as an icon. This slightly diverges from the idea of ‘icon’ that has been present thus far. Accepting maths as an icon in and of itself allows one to fully appreciate its beauty. This, of course, is due to society’s view of maths in the modern wall. After all, in the popular culture sense of the word, an icon’s image is developed through the mainstream view of it.

Due to different factors such as complexity and the need for patience and persistence, maths is often viewed as among the more difficult subject areas one could spend their time with. In addition to this, it is one of the subjects that are hardest to conceptualisation. A process such as integration, for instance, involves the manipulation of seemingly random equations in order to return to an original all the while not presenting why the method works and what it shows us. As much as maths can try to use different tools to help us make sense of information, things like graphs and tables remain harder to process than diagrams and images. The distance from the human perception of reality from the fundamental nature of mathematics alienates many.

With this understanding of maths, many people place it in high regard. Being capable at maths is often regarded as more useful and impressive than other subject areas. It is understood as a central science. Having been crucial in the development of other areas of scientific study such as physics, chemistry and biology, maths is sometimes viewed as inescapable as well as necessary for these aforementioned difficult subjects. It is for reasons such as this and many others that maths itself has become an icon of intelligence.

As an icon of brainpower, maths has had a profound effect on the self esteem of people throughout different education systems. Those who are not naturally inclined towards maths often are left to feel stupid and less worthwhile than others. A lack of ability in this one subject can lead many highly intelligent people with lots of potential to believe they aren’t clever enough to succeed. Maths as this icon, this pinnacle of brilliance has been brought about by society, but is truly damaging to many people in this society. 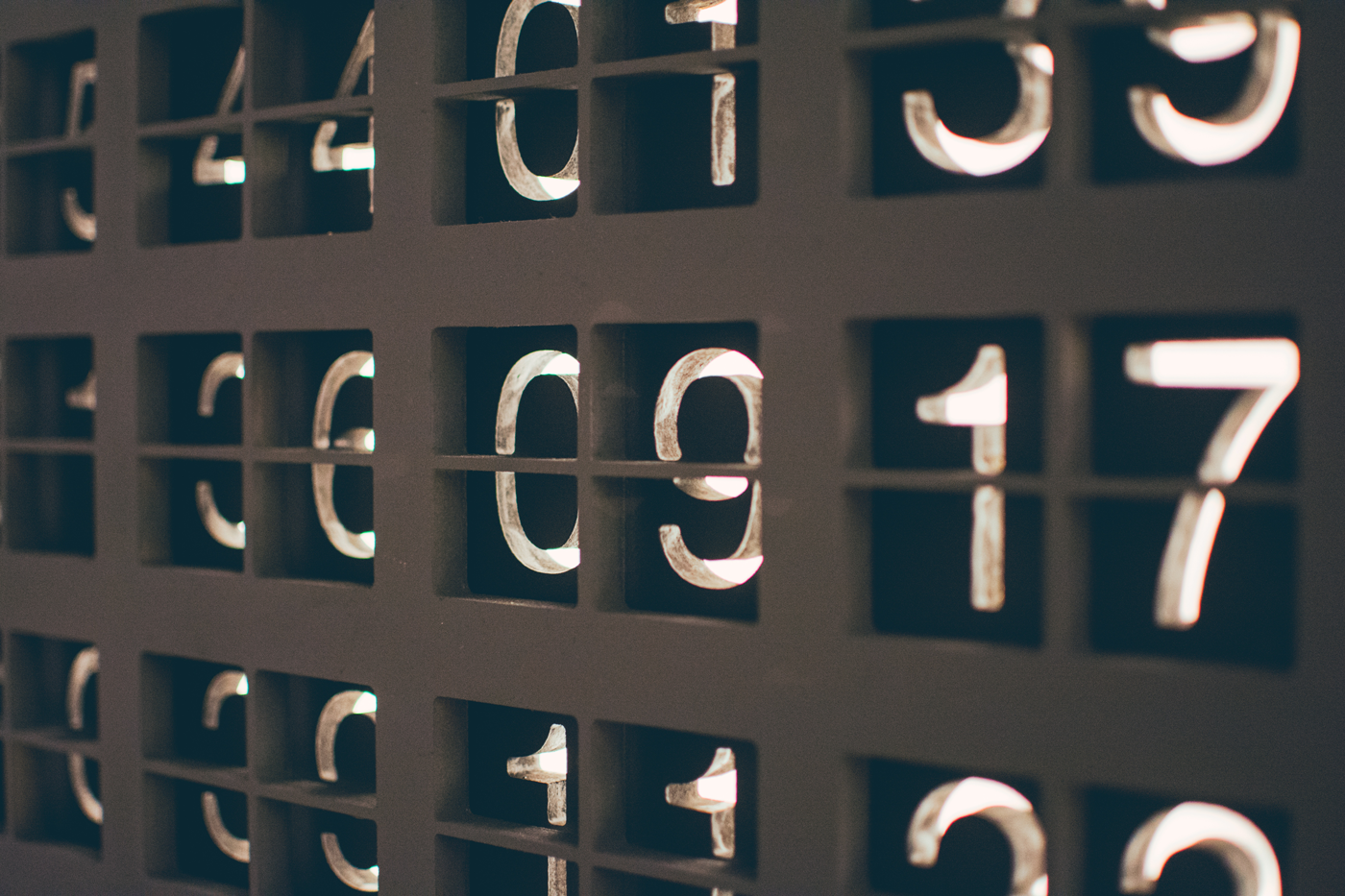 "The modern world finds equality here, using mathematical notation as a sort of 'lingua franca' in which the native tongue is nearly irrelevant"
We use cookies on our website to give you the most relevant experience by remembering your preferences and repeat visits. By clicking “Accept All”, you consent to the use of ALL the cookies. However, you may visit "Cookie Settings" to provide a controlled consent.
Cookie SettingsReject AllAccept
Manage consent