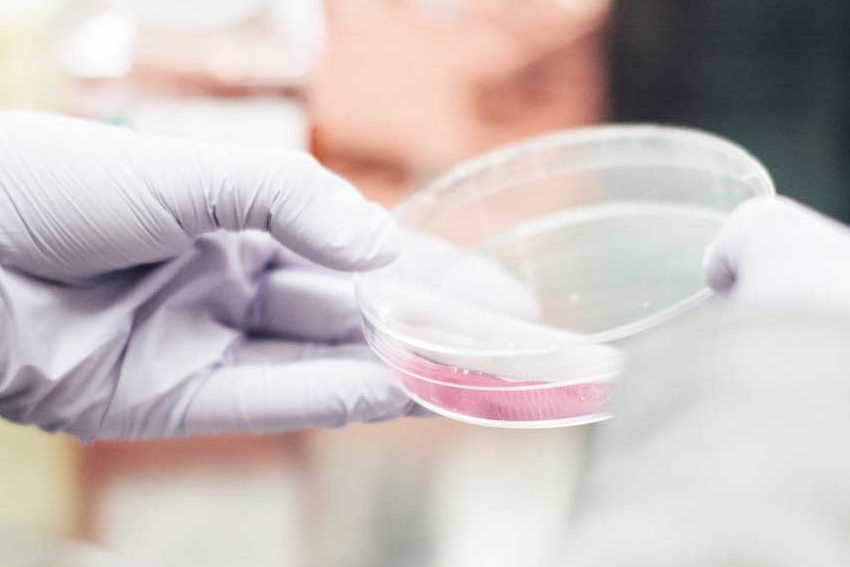 Movement - The Overlooked Relationship Between Cerebral Palsy and Difficulties in Childbirth

To What Extent Did Social Change Lead to Movement into a New Era of Preventative and Therapeutic Techniques for Neuromuscular Conditions?

The idea that in some cases there is a cause-effect relationship between complications in the labour process and the subsequent development of a neuromuscular condition such as cerebral palsy is far from unheard of, and widely undisputed. What is less commonly conceived is the idea that both the existence of the condition and the birth difficulties themselves can sometimes be attributed to early-occurring developmental defects of the foetal brain, an idea that I encountered whilst reading Dick Swaab’s “We Are Our Brains: From the Womb to Alzheimer’s” (Swaab, 2014). This observation later showed to be fundamental, as it proved that cerebral palsy could develop in utero, an understanding which has revolutionised the mitigation and treatment of neuromuscular conditions. From an untreated group of symptoms stemming from an undefined, unrecognised illness, to a widely documented, often successfully managed group of conditions, this discovery, prompted by changing social and political context, has enabled people with cerebral palsy to live richer and fuller lives than ever before.

Though the term itself, ‘cerebral palsy’, was not coined until 1887 by Canadian physician William Osler, the condition had been recognized long before by British surgeon William John Little in 1861, as he presented a paper titled “On the Nature and Treatment of the Deformities of the Human Frame” to the Obstetrical Society of London. The paper detailed “abnormal forms of labour”  (My Child, 2020), which lead to asphyxiation and what he believed to be the consequential development of spastic diplegia, a muscle-tightening form of the condition.  Little’s paper not only provided a foundation for the growing awareness of the risks of long-term disability from trauma at birth, but marked the beginning of the slow scientific progress in the study of neuromuscular conditions, whose symptoms had manifested for centuries before, and which had remained untreated and unmitigated due to lack of knowledge of a cause.

Whilst this was ground-breaking, Little’s ignorance of the idea that cerebral palsy could develop pre-birth due to a developmental defect proved harmful, as it was only with this understanding that many preventative, diagnostic, and therapeutic techniques could be engineered, and early intervention initiated. This knowledge was most likely masked by the idea, which loosely fits the ‘reverse causation bias’, that, counterintuitively, difficulties during birth can be caused by a cerebral palsy-causing brain defect, and therefore many children with cerebral palsy would have experienced birth trauma, regardless of whether or not it caused their condition. This was first suggested by Austrian neurologist Sigmund Freud following a study conducted in 1897, deduced largely from his observation that, whilst children with cerebral palsy often experienced oxygen deprivation at birth, many others born in similar conditions went on to live without motor function impairment. Additionally, neuromuscular conditions often appeared to manifest before birth, for instance through lack of movement in the womb.

Unfortunately, at the time of the publication of his ideas, Freud was largely ignored, and physicians continued to refer solely to Little’s research – it was only decades later that Freud’s work was verified. As a result, treatments remained limited, and the stony outlook for patients remained largely the same as prior to Little’s work, because of contempt faced by patients as a consequence of prejudices rooted within 19th century society – owing to the strong association between physical and mental impairment, and a lack of public understanding, it was not uncommon for people with cerebral palsy to spend large portions of their lives indoors in order to avoid mistreatment, often in government facilities which offered a low quality of care. Shortly after his rejection, Freud’s interest in cerebral palsy diminished, as did general scientific attention to the condition, until around halfway through the 20th century, and public attitude to it remained largely the same. As writer Richard Barnett puts it, “lifelong segregation and care were [seen as] more humane than exposure to the working world outside” (Barnett, 2018), exemplifying the harsh social climate surrounding disabilities, and the large influence it had on the way that they were regarded both medically and universally. In themselves, social changes did not directly lead to advancements in clinical understanding which significantly improved the quality of life of those with developmental conditions, however they provided political pressure, and, by extension, technical expertise required to do so.

What I view to be the most pivotal socio-political factor contributing to the research which led to new clinical innovation regarding cerebral palsy was the deinstitutionalisation of those with neurological and intellectual disabilities. Beginning in 1955 and driven largely by the introduction of the first antipsychotic drugs, closures of government-run mental institutions enabled those with mental and developmental disorders (including cerebral palsy) to integrate into wider society, weakening the heavy pre-existing stigma surrounding their existences. With the closing of long-stay psychiatric hospitals and the opening of less-isolated community units came a shifted concentration onto the importance of individualised care, as medical professionals withdrew from the loose generalisation of disabled people, instead focusing on individual need and rehabilitation, greatly improving the overall quality of care received. Furthermore, the formation of disability councils and charities such as Scope (founded in 1952, originally “National Spastics Society”) (Scope, n.d.) upheld the changing of the negative societal perception of people with disabilities, and encouraged clinical awareness concerning the difficulties they faced.

Additionally responsible for generating medical curiosity and enforcing a better public attitude towards cerebral palsy was the increased media representation occurring from the 1950s onwards, which contextualised the lives of people with disabilities – an example of this is the permeation of the literary scene by Marie Killilia in the writing of her book “Karen”, which enforced the idea that children with cerebral palsy could lead prolific lives, much like her own daughter. Ranking in the top 30 Notable Books of 1953, Killilia’s work had a monumental cultural impact – in the words of Karen herself, “I can walk, I can talk. I can read. I can write. I can do anything.” (Killilia, 1952). Much of the political pressure which led to more thorough research stemmed from the thalidomide crisis in the early 1960s, during which public outrage, prompted by the severe physical deformity that the poorly regulated drug inflicted on developing foetuses, forced governments to prioritise the engineering of practical solutions to physical impairments.

From a social perspective, the quality of life of those with developmental disabilities, which for years before had been strikingly lacking, became increasingly emphasised, prompting fresh scientific interest, as was achieved by Little’s publication a century prior. Contrasting the events of the 19th century, this newfound clinical awareness was long-lasting, as people with disabilities now had a new cultural presence through which their struggles were voiced. The greatest revelation occurred in the 1980s, with a study of 35 000 new-borns and their mothers, funded by the National Institute of Neurological Disorders and Stroke, which concluded that “complications during birth and labour accounted for only a fraction of the infants born with cerebral palsy — probably less than 10 percent” (National Institute of Neurological Disorders and Stroke, 2008). In other words, Freud’s theory was proved to be correct, as cerebral palsy was discovered often to develop long before birth.

The clarification that cerebral palsy could in fact result from a pre-birth defect of the foetal brain proved invaluable – following this discovery came research which uncovered numerous risk factors for such brain damage, including in utero infections such as Rubella, and Rhesus disease, which is now generally preventable due to further research which yielded novel mitigation techniques for these risk factors, such as routine antenatal anti-D prophylaxis, a technique by which antigens which trigger an immune response which compromises foetal health in a pregnant woman can be neutralised (National Health Service, 2018).

Moreover, the development of early diagnostic techniques such as the use of magnetic resonance imaging proved vital, as they permitted for earlier physiotherapeutic intervention, discouraging the enforcement of incorrect movement patterns– failure to act within the “critical period” of optimum neural plasticity can lead to permanently reduced muscle strength and joint flexibility, and poor motor control (Physiopedia, 2020), significantly reducing one’s ability to live a self-reliant, fulfilling life with the capacity to fully engage with day-to-day tasks. In conjunction with newly-developed assistive technologies such as braces, these techniques have undoubtedly transformed countless lives, as physical independence is fundamental to personal wellbeing.

The extent to which social change and political pressure have impacted the quality of life for people with cerebral palsy is immense – not only did the increased acceptance and awareness of developmental disabilities generate an influx of biomedical interest which led to a technical revolution in the approach to their care, but has created a world more open and accessible to all, regardless of ability. Naturally, progress is still to be made, however the past attests that no prejudice, no matter how deep-rooted, is too large to overcome.