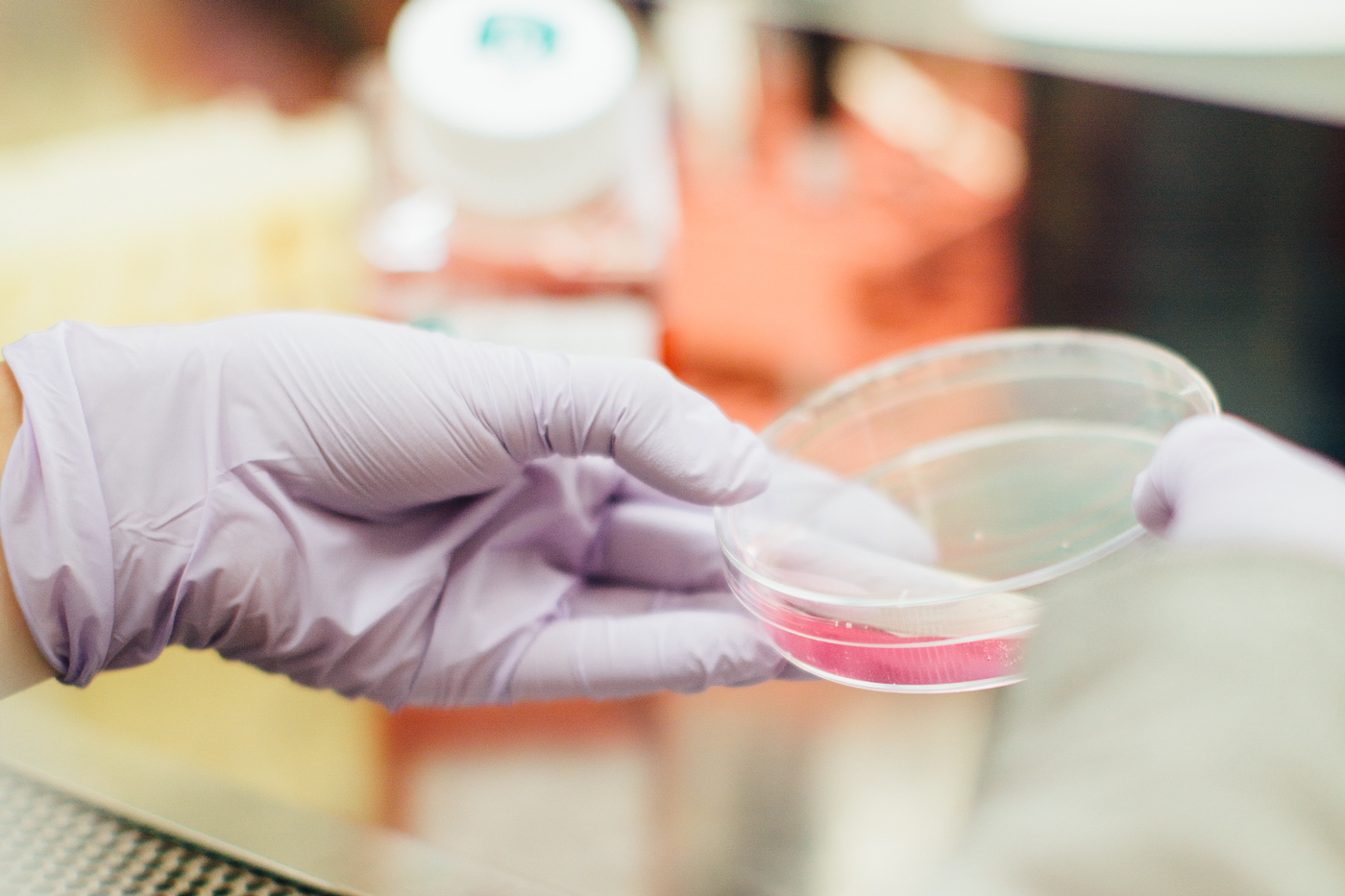 "What could scientific development look like if we were to hear more women’s voices?"

Male, caucasian, middle-aged – such traits are prevailing features of the picture the majority of us envision when thinking about the concept of a scientist. While the contemporary scientific community seeks to bridge the gap created by the gender imbalance in the world of exact sciences, the “portrait” depicted above is congruent with the perpetual exclusion and discrimination women have been subjected to throughout history. Although society today has witnessed significant progress regarding the treatment of female scientists, still less than a third of the world’s researchers are women[1]. This leaves an important question unanswered: what could scientific development look like if we were to hear more women’s voices?

This subject, although fairly unexplored by international studies, has been accorded increasingly more attention as feminist ideas have circulated among all aspects of modern society, transcending into the universe of sciences. The published literature has reached a widespread and reasonably intuitive consensus: research outcomes are of notably higher quality in studies conducted by gender-heterogeneous groups of experts, rather than all-male groups[2].

Collective intelligence can be defined as the joint intelligence within the members of a group, stemming out of their coordination, collaboration, cohesion and interchange of ideas and information[3]. Usually, the collective intelligence (or c factor) is measured by assessing the capability of a group to complete certain tasks[4]. Numerous studies have been attempting to explain the roots of improved performance in certain circles of researchers; however, the primary focus of such projects is the impact of individual intelligence on the overall efficacy of the group. Consequently, the subject regarding the influence of gender diversity for scientific purposes remains equivocal.

However, as societal norms develop and expand, frequency of this motif in scientific papers has abundantly amplified, paving the way for a more intimate and exhaustive study of the matter. Professors Anita Woolley and Julia Bear analyzed and quantified collective intelligence in several groups of people, consisting of members who exhibit different characteristics. Thus, their findings empirically demonstrated that gender heterogeneity played a fundamental role in the general intelligence of the group, opposing the universally held belief which portrays the individual intelligence of each member as the prevailing factor affecting the group’s performance. The main rationale behind this phenomenon appears to lie in the fact that groups including women, as well as men, rather than all-male groups, presented greater social-sensitivity, due to women’s greater ability to observe and explore non-verbal signals, as well as intuitively (and accurately) interpreting them. This additional team skill is a remarkably contributory factor in the overall group dynamic, in terms of social relations, inter-personal propinquity between team members, as well as team cohesion[5].

Nonetheless, one must not dismiss the reality which women, particularly women coming from different ethnic backgrounds, have had to systematically endure over the past centuries. The social condition of women has not only restrained them from the scientific community, but even in cases where they managed to transcend the boundaries of continually and purposefully male-dominated fields, it is apparent that the authors of several outstanding discoveries have been hidden from the public; thus, remarkable female scientists have yet to be acknowledged. Nathalia Holt’s “Rise of the Rocket Girls” vividly describes the endeavors of the “human computers”, as their peers considered the women working at the Jet Propulsion Laboratory. The book portrays a fairly pessimistic image of the gender-based inadvertence the characters were subjected to, in spite of their significant contributions, which ultimately sowed the seeds that led to our modern perception of the cosmos.[6]

Unfortunately, such scenarios are persistent throughout history, the 21st century barely managing to re-write women in the scientific story. Initially proposed in 1993 by science historian Margaret W. Rossiter, the concept of the “Matilda effect” perfectly epitomizes the idea of misallocation of scientific credit due to gender-based bias. In her work, “The Matthew Matilda Effect in Science”, Rossiter describes numerous instances of illustrious women who have been utterly erased from history, or reduced to mere footnotes, with their male counterparts being accorded the merits of their independent work. This practice has been used since medieval times, a notorious example being the case of Trotula di Ruggiero, an Italian 11th century physician, recently popularized by Margaret Alic in her book, “Hypathia’s Heritage”. Trotula’s findings regarding the diagnosis and treatment of women’s pathologies, generally related to obstetrics and gynecology, were of the highest caliber, and were consequently attributed to a man by a 12th century monk, who used the Latin masculine form of her name, under the assumption that a woman could not have proposed such prominent ideas. Rossiter provides numerous such examples which persist throughout history, perpetually portraying women as less qualified than their male peers[7].

Centuries of gender discrimination have had long-term consequences on the present day image of women. With the commonly accepted definition of classic “femininity” being incredibly narrow due to decades of continuous oppression and the lack of widely recognized female role models, it is fair to assume that it is significantly more difficult for women nowadays to pursue a science-oriented career path, than it is for the opposite gender. This statement is particularly true in STEM (Science-Technology-Engineering-Mathematics) fields of study, where women consistently comprise less than 30% of the population[8], despite the much more inclusive political climate brought by the 21st century feminism. Various studies have proven that a more traditionally “feminine” appearance, according to current social standards, built over the course of hundreds of years, is likely to be associated with female-dominated fields, such as healthcare, education or public relations, rather than scientific pursuits, for instance the study of mathematics, computer science, or engineering.

Detailed discussion regarding this topic is exhibited in Sarah Banchefsky, Jacob Westfall, Bernadette Park & Charles M. Judd’s study: “But You Don’t Look Like A Scientist!: Women Scientists with Feminine Appearance are Deemed Less Likely to be Scientists”. The study used a range of subjects, of multiple ethnicities and ages, who were presented with images of different scientists and requested to assess the likelihood (on a scale of 1 to 6) of the individual being involved in science-related occupations. The methodology and conclusions of the study actively demonstrated that the social perception of women’s professional status is directly impacted by their appearance, more specifically, the level of “attractiveness” perceived by the subject. Thus, conventionally “feminine” features were far less likely to be correlated with the pursuit of a scientific path, despite all images presented to the subjects depicting scientists. This relatively unexplored type of gender-based bias can be considered hazardous to a long-term goal of constructing a diverse and egalitarian community, threatening to minimize current efforts of recruiting female scientists, due to anxiety related to not representing the commonly promoted “feminine” archetype by fitting rigid societal norms[9].

In spite of the social construct built around the idea of “femininity” and the appropriate levels of it that women are expected to exhibit, examples of laudable cases of female scientists who purposefully choose to ignore the voice that discourages them from pursuing their desired career path can still be given. Admittedly, the numbers are fairly modest, and the causes of the underrepresentation of women in STEM fields remains a complex issue, with a significant section of the literature agreeing that it is of a two-fold nature: few women choose to enter such fields and a disquieting percentage of them leave the field in early stages. This is known as the “leaky pipeline” phenomenon[10].

Nevertheless, even in such occurrences, their testimonies confirm the fact that, despite the “gender-balanced” stance that present day science is striving to endorse, systematic discrimination is still a predicament that women encounter on a day-to-day basis: from adjusting their appearance in order to gain more credibility among their male peers, to experiencing multiple incidents of sexual harassment within the workplace. Indeed, the latter is of particular concern, with 63% of women declaring that they have been subjected to such treatment, but unsurprisingly, not reporting it to an authority figure due to fear of being perceived as less competent or not being able to cope with the competitive environment[11].

Although the current political climate is substantially more gender-equality oriented and feminist culture has managed to infiltrate in most aspects of contemporary society, implicit-bias and patriarchal norms are nonetheless very much present in certain occupations, specifically in STEM fields. The matter of narrowing and perhaps eventually sealing the gap caused by female underrepresentation is doubtlessly a convoluted issue, but past and present female role models — Marie Curie, Rosalind Franklin, Chien-Shiung Wu — fueled by curiosity, determination and burning passion, are inspiring proof that women and young girls can defy all expectations and challenge inequitable barriers set by a prejudiced society.