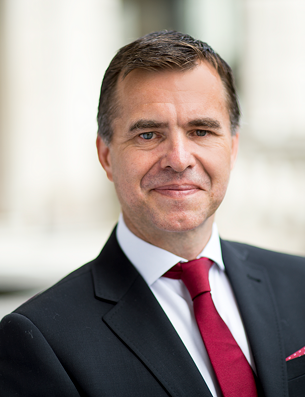 Glenn looks after our organisations that support students ‘Beyond the Classroom’, such as our summer schools and consultancy services, as well as leading our international operations and various growth projects. He joined Dukes Education in 2016, with a 28-year track record in Independent Education.

Following his PhD studies in Physical Chemistry, Glenn embarked on a career as a Physics and Mathematics teacher. More recently Glenn served as Chief Executive Officer at Astrum Education and prior to that he acted as Managing Director of the Cambridge Education Group Colleges, growing the Group’s sixth form CATS colleges from 500 to 1,300 students. Glenn’s first group executive role was as Sales and Marketing Director at the Alpha Plus Group, having joined as Principal of one of the group’s colleges, Abbey Cambridge.

Glenn is passionate about the delivery of the highest quality educational services to domestic and international students. He is also a CrossFit coach who likes to run ultra-marathons, having run 69 miles from Carlisle Castle to Newcastle and from London to Cambridge to fundraise for various charities.