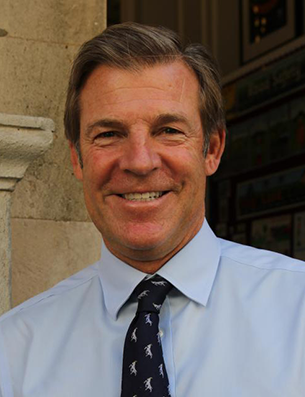 William is Alderman for the Ward of Bread Street in the City of London and looks back on a 19-year career in the City, having worked for First Boston Corporation and Merrill Lynch, before his election as Alderman.

William was educated at Eton and went on to gain a degree in General Arts at Durham University. He went straight into a career in the City, which gave him the opportunity to work in London, New York, and Hong Kong. William took up his position with the City of London Corporation in 2013 and has since also served as Sheriff, in 2016/17. One of his areas of responsibility was to promote the charitable actions of the Livery, London’s ancient and modern traders and guilds.

William is a past Chairman of Prostate Cancer UK and working deputy Chair of Place2be, a charity working to improve children’s mental health. He also holds the position of Governor at the City of London School for Girls, he is on the Board of the Guildhall School for Music and Drama, and Chairman at Knightsbridge School since 2007, which became part of Dukes Education in 2018.